LO 2.3 Explain the impact of changing demographics on global markets 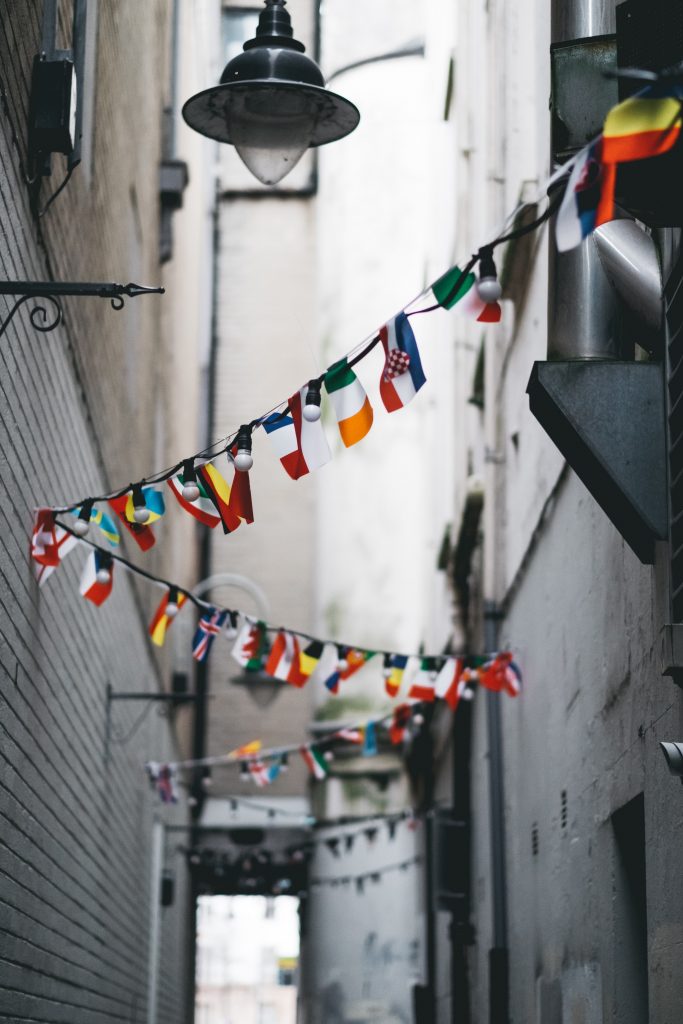 Although we may be tempted to think of a global world as a homogeneous, this would of course be a mistake. More accurate is that the global world is a complex place with a set of rapidly changing variables. Fortunately, in an era of proliferating data, we can get a pretty good understanding of patterns and developing trends.

Living in a global economy has been good for most people on the planet. People are much better off than ever before, healthier, and living much longer. Over the past 40 years, global poverty shrunk dramatically, with hundreds of millions of people leaving absolute poverty behind. During the past 15 years the majority of people on the globe approached middle class incomes.

This transition from poverty to making a better living was driven by trade, powered by technology. With open borders, people living in countries where their labor was relatively inexpensive when compared to the wealthy nations, where able to get jobs producing goods and services for those that could afford these. Governments saw an opportunity for economic development and actively worked to attract companies to their countries. As companies moved production capacity around the world, looking for labor arbitrage, people started earning larger incomes and gaining skills that would make them more attractive to other employers. Companies started competing for workers and slowly but surely transformed entire regions. Over time, as skillsets were developed, entire industries created clusters of suppliers in regions of the world. Transforming the concept of wealth generated through specialization first proposed by Adam Smith, regional specialization created wealth for workers as well as nations. The clustering of production capacity around specialized skills created increased competition for workers, further driving up incomes. Increased incomes, led to increased consumption and the onset of a virtuous cycle, lifting billions of people out of poverty. 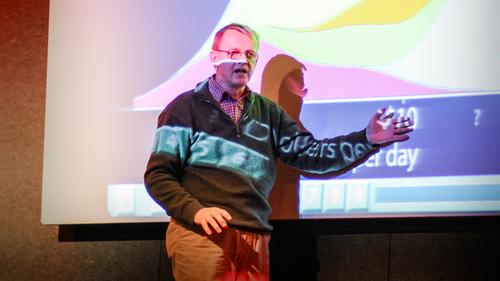 A TED element has been excluded from this version of the text. You can view it online here: https://oer.gsu.edu/globalbusiness/?p=71

This does not mean that the spoils of economic prosperity generated during the past 50 years has been divided equally. In developed economies like the United States of America, a significant amount of this increased prosperity accrued to a relatively small number of people, creating the perception of growing inequality not representative of the reality on a global scale. Indeed, much work remains to ensure that the frustration about the relative benefits of global prosperity is shared and does not undermine the entire endeavor.

One of the most powerful transformative outcomes of specialization during the past two decades has been the dramatic growth of outsourcing by companies. Technology, specifically communications technology and the Internet, made it possible for companies to reliably transfer non-core business functions to outside vendors. This process allowed for increased value creation by the companies, now free to focus on core competencies, while the vendors offered specialized outsourced services such as information technology support, payroll and accounting, helpdesk and customer support. These specialist firms were in turn able to create value by offering specialized expertise, improving the overall performance. While this process of outsourcing started within the advanced economies, free trade in services enabled by global communications networks led to rapid offshoring of many of the services to countries such as India, the Philippines and Costa Rica specializing in services.

The transformation of the workplace by technology takes place in the context of both the global economy and the nation-state. Technology does not respect national borders and joined forces with the deliberate process of promoting multilateral and bilateral free trade to penetrate the most remote regions of the world. We further saw that countries embraced technology empowered trade to support economic development for national benefit.

However, the impact of this process of globalization produced differing results in national economies. While consumers worldwide reaped of the benefits of a high-quality low-cost products and services, the workers were at the mercy of economic forces looking for economies of scale, growth and arbitrage. Not surprising, we are seeing a number of countervailing forces pushing back against free-trade and open borders, and in some cases against technology. It is therefore worth exploring the impact of global forces on different economies to better understand and anticipate potential outcomes.

In the United States of America, the digital technology transformation will continue to displace workers, also in jobs historically somewhat protected from displacement by technology on the scale experienced by manufacturing. Areas such as food service, retail, office administration, accounting and customer service will see increased automation. Concentrations of workers in urban areas with technology skills, access to retraining and other educational opportunities, will benefit. However, people with strong socio-emotional, creative, and higher cognitive skills are also likely to benefit from this transformation. STEM, healthcare, creative and business service sectors will likely experience growth.

Historically the USA has seen national labor mobility at very high levels. People however are increasingly reluctant to move to cities for work, and migration within United States will be limited mostly to retirement age people moving to areas with concentrations of retirees. This will create economic growth opportunities in healthcare and services consumed by this population. However, many of these more affluent and skilled retirees are expected to remain active in the workforce for much longer.

An emerging trend is for companies to re-evaluate some of their earlier offshoring decisions as increased labor costs reduce or eliminate labor arbitrage. Instead, companies are looking afresh at parts of the USA where quality of life and the availability of skilled labor look increasingly attractive. This is leading to a growth in the component of the labor force doing mobile work, offering new opportunities for value creation.

McKinsey Global Institute – The future of work in America: People and places, today and tomorrow. July 2019

While companies and nations compete in the global economy, people live in nations. Governments have collaborated for the past 70 years to open borders to free trade in goods, services and capital. Today we have a delicate balance between the interest of national governments to support free trade to deliver the advantages of trade to their citizens, while at the same time, responding to the powerful economic forces at play in global business.

The makeup of a national labor force is driven by demographics, education, and training as well as migration. One component of demographics that shapes national labor force competitiveness in an important way is the birthrate. While people around the world have experienced unprecedented growth in their economic well-being over the past 40 years, people are healthier and living longer than ever before, they are also having fewer children. In 1964, the average birthrate per woman on the planet earth was just over 5.0, but by 1990 this dropped to 3.248 births per woman and by 2017 it was down to 2.432 births per woman.

While the birth rate in China has been constant around 1.6 since 1997, in Germany the birth rate has been only 1.57 for women in 2017 after a low of 1.24 during 1994. The implications for companies doing business in either country is stark as the labor force will continue to shrink, driving up the cost of labor and reducing the number of consumers.

TED Talks – The workforce crisis of 2030 — and how to start solving it now by Rainer Strack. 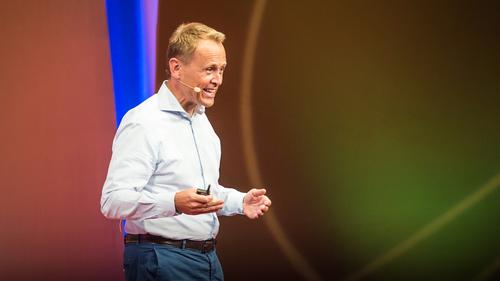 A TED element has been excluded from this version of the text. You can view it online here: https://oer.gsu.edu/globalbusiness/?p=71

Another force that has an impact on national and regional demographics is migration. Migration occurs either because people move from one place to another to gain access to economic opportunity as with historical labor mobility in the USA, or guest labor from Turkey working in Germany for many years. Both of these examples occurred within the legal frameworks established by these countries. Further, there was a significant amount of labor migration from Mexico and other Central American countries into the United States since 1980, with these migrants also driven by a search for economic opportunity and availability of jobs in the US. The US tacitly participated in this migration without creating legal frameworks and as a result a large number of economic migrants living in the US for an extended period of time have tenuous legal status. There are also a number of examples of migration driven by conflict, war or famine.

Gender is another important component of the workforce demographic. The US started seeing changes in the gender-based participation in its workforce when women supported the world war effort and then again during the 1960s with the political successes of the feminist movement. Today women make up more than 46% of the US workforce. In Europe the same trend started a bit later but today approaches parity. Growing the workforce of any country by adding woman has been a powerful driver of economic growth. However, significant disparities continue to exist in the compensation rates between men and women in almost all countries.

During the past 25 years we have seen a dramatic change in economic fortunes in Asia and this is by and large mostly as a result of men earning family incomes. Should Asian countries add women to their workforce, we would see further dramatic growth. There remains significant idle economic capacity available to many countries where women do not currently participate in significant numbers and this could offer a solution to countries such as China and Japan with looming demographic deficits who will face dramatic workforce capacity reduction as a result of low birth rates over the past 15 years.
There are many reasons behind the historical under participation of women in the workforce, with cultural and family values being the primary causes. In some parts of the world the case is reversed with women as the primary earners of income.

US Department of Labor, Women’s Bureau – Women in the Labor Force: Civilian labor force by sex.