The life of Thomas Wyatt, son of minor nobleman Sir Henry Wyatt, modeled the capriciousness of medieval Fortuna—in a Renaissance courtier. Educated at St. John’s College, Cambridge, married to the daughter of Lord Cobham, and early serving as a court official, Wyatt followed the expected paths of the successful courtier. In his official capacity, he traveled to France and Italy where studied literature, including Petrarch’s sonnets and Pietro Aretino’s poems in ottava rima (poems with eight-line stanzas, ten or eleven syllables per line, and ABABABCC rhyme scheme). Wyatt won official posts as Marshal of Calais, Commissioner of the Peace in Essex, and ambassador to Spain. 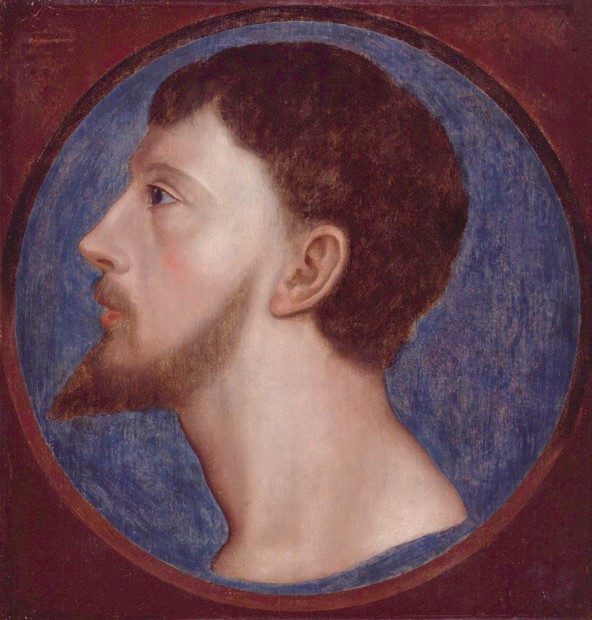 While in Italy, though, Wyatt was captured by Spanish troops, from whom he escaped. While serving as Commissioner of Peace, he was briefly imprisoned—for uncertain cause. Perhaps a quarrel with the duke of Suffolk led to this misfortune. Perhaps his unverified relationship with Anne Boleyn prior to her marrying Henry VIII won Wyatt disfavor. As ambassador to Spain, he certainly had to face the ire of Emperor Charles V, nephew of Catherine of Aragon, then divorced from Henry VIII. And in 1541, Wyatt was accused of treason by Thomas Bonner, the bishop of London. His masterful self-defense attests to his rhetorical skills, for he won full pardon and resumed his role of ambassador. And en route to meet the Spanish ambassador, Wyatt caught fever and died.

His writing similarly embodies opposing trends. A complete courtier and gentleman, Wyatt was adept at learned pursuits; his prose translation of Plutarch’s essay Quiet of the Mind was published during his lifetime and well-received. His poetry circulated at court but was not published until 1557 when several of his poems were included in Tottel’s important Songes and Sonettes, also known as Tottel’s Miscellany. Wyatt’s native English lyrics reflect the influence of medieval popular song and Chaucer’s poetry. His metrical stanzas, including terza rima (three-line stanza with chained rhyme scheme of ABA BCB CDC, etc.), ottava rima, rondeau (lyric poems with refrains), and sonnets, reflect the influence of Italian and French literature. Indeed, his translations of Petrarch’s sonnets led to Wyatt’s introducing the sonnet into English. And he is credited with inventing the fourteen-line poem with ABBA ABBA CDDC EE rhyme scheme known as the English (or Shakespearian) sonnet.

He did not invent but certainly helped popularize sonnet conventions (or conceits), including the disdainful lady, the agonized lover, and the idealized mistress. He added to traditional sonnet imagery—such as comparing love to sickness, servitude, and war—his unique perspective on life’s instabilities and uncertainties. And to the metrical regularity he brought to English poetry, he added his own irregular metric patterns and rough, often colloquial, speech patterns and language.

The long love that in my thought doth harbour

And in mine hert doth keep his residence,

Into my face presseth with bold pretence

And therein campeth, spreading his banner.

She that me learneth to love and suffer

And will that my trust and lustës negligence

Be rayned by reason, shame, and reverence,

With his hardiness taketh displeasure.

Wherewithall unto the hert’s forest he fleeth,

Leaving his enterprise with pain and cry,

And there him hideth and not appeareth.

What may I do when my master feareth

But in the field with him to live and die?

For good is the life ending faithfully.

My galley, chargèd with forgetfulness,

’Tween rock and rock; and eke mine en’my, alas,

That is my lord, steereth with cruelness;

And every owre a thought in readiness,

As though that death were light in such a case.

Of forced sighs and trusty fearfulness.

A rain of tears, a cloud of dark disdain,

Wreathèd with error and eke with ignorance.

The stars be hid that led me to this pain;

Drownèd is Reason that should me comfort,

And I remain despairing of the port.

Whoso list to hunt, I know where is an hind,

The vain travail hath wearied me so sore,

I am of them that farthest cometh behind.

Yet may I by no means my wearied mind

Draw from the deer, but as she fleeth afore

Sithens in a net I seek to hold the wind.

Who list her hunt, I put him out of doubt,

As well as I may spend his time in vain.

And graven with diamonds in letters plain

There is written, her fair neck round about:

Noli me tangere, for Caesar’s I am,

And wild for to hold, though I seem tame.

My labor that thou and I shall waste

And end that I have now begun,

For when this song is sung and past,

My lute, be still, for I have done.

As to be heard where ear is none,

As lead to grave in marble stone,

My song may pierce her heart as soon.

Should we then sigh or sing or moan?

Proud of the spoil that thou hast got

Of simple hearts through love’s shot,

By whom, unkind, thou hast them won,

Think not he hath his bow forgot,

Although my lute and I have done.

Vengance shall fall on thy disdain

That makest but game on earnest pain;

Think not alone under the sun

Unquit to cause thy lovers plain

Although my lute and I have done.

The winter nights that are so cold,

Plaining in vain unto the moon;

Thy wishes then dare not be told.

And then may chance thee to repent

The time that thou hast lost and spnt

To cause thy lovers sigh and swoon;

Then shalt thou know beauty but lent,

And wish and want as I have done.

Now cease, my lute, this is the last

Labor that thou and I shall waste

And ended is that we begun.

Now is the song both sung and past;

My lute, be still, for I have done.

They flee from me that sometime did me seek

With naked foot, stalking in my chamber.

I have seen them gentle, tame, and meek,

That now are wild and do not remember

That sometime they put themself in danger

To take bread at my hand; and now they range,

Busily seeking with a continual change.

Thanked be fortune it hath been otherwise

Twenty times better; but once in special,

In thin array after a pleasant guise,

When her loose gown from her shoulders did fall,

And she me caught in her arms long and small;

Therewithall sweetly did me kiss

And softly said, ‘dear heart, how like you this?’

It was no dream: I lay broad waking.

But all is turned thorough my gentleness

Into a strange fashion of forsaking;

And I have leave to go of her goodness,

And she also, to use newfangleness.

But since that I so kindly am served

I would fain know what she hath deserved.

To save thee from the blame

Of all my grief and grame;

And wilt thou leave me thus,

That hath loved thee so long

In wealth and woe among?

And is thy heart so strong

As for to leave me thus?

And wilt thou leave me thus,

That hath given thee my heart

Never for to depart,

Nother for pain nor smart;

And wilt thou leave me thus

And have no more pity

Of him that loveth thee?