Queen Elizabeth I was the daughter of Henry VIII and Anne Boleyn, who was beheaded when Elizabeth was two years old. After Henry and his third wife Jane Seymour (c. 1508-1537) had Edward, Henry’s longed-for male heir, Elizabeth and her half sister Mary were declared illegitimate. As Henry’s daughter, legitimate or otherwise, Elizabeth was tutored in music and in the French, Spanish, Greek, and Latin languages. Her tutors included the classicists William Grindal (d. 1548) and Roger Ascham (c. 1515-1568). 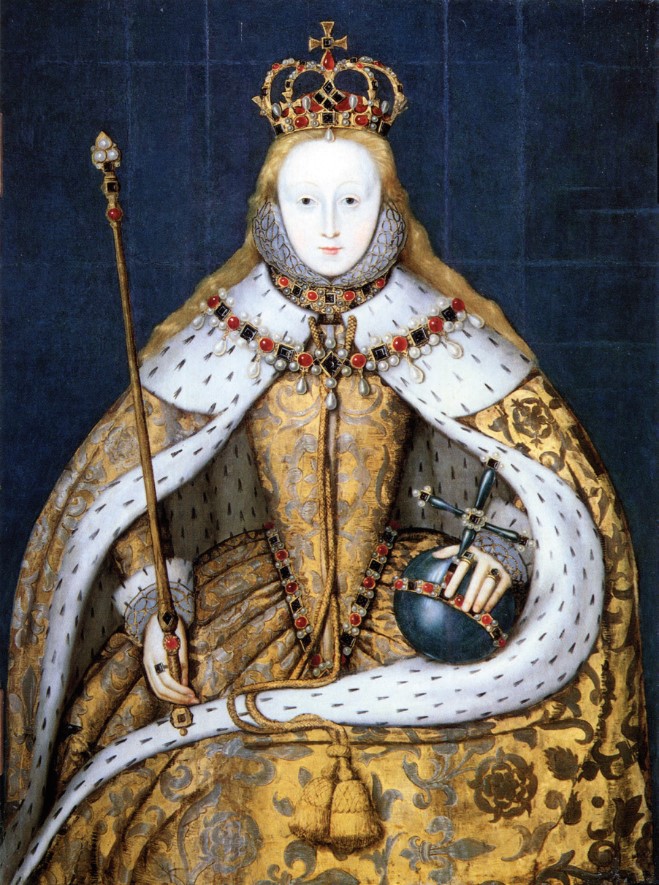 Image 2.6 | The Coronation of Queen Elizabeth

Although she lost her biological mother at an early age, Elizabeth received care from her step-mothers, particularly Catherine Parr (1512-1548), who survived Henry. After Henry’s death, Catherine married Thomas

Seymour, who used his proximity to Elizabeth to influence her and possibly to angle for her hand in a future marriage. Her half-brother Edward’s brief reign had little effect on Elizabeth’s life. The reign of his successor, Elizabeth’s half-sister Mary, however, caused dangerous upheaval, to Elizabeth proper and to the country as a whole. Protestant rebels rallied against the Roman Catholic Mary’s succession, first for Jane Grey (1537-1554), a legitimate daughter of Henry’s sister, then for Elizabeth. Although she herself did not encourage or conspire with the rebels, Elizabeth was briefly imprisoned in the Tower of London under suspicion of treason.

Elizabeth succeeded Mary to rule a country straitened by Continental war and internal religious strife. With the Act of Supremacy (1558), Elizabeth reestablished the Church of England; with the Act of Uniformity (1558), she established the Book of Common Prayer. She also maintained a tenuous peace with the Continent, particularly France and Spain, for the greater part of her reign. Prudent, cautious, and extremely wise in her choice of advisors, Elizabeth used her single status to her advantage. Nations that might have warred with her instead sent her suitors, including the Dukes of Saxony, Holstein, Anjou and Savoy; Prince Frederick of Denmark; Don Carlos of Spain; and King Charles IX of France. Only when she supported the Protestant rebellion against Spain in the Netherlands did she trigger the long-threatened attack of the Spanish Armada in 1588. Its defeat heralded a golden age for her realm and her rule.

Religious strife again threatened when her cousin Mary Stuart, Queen of the Scots, married the future King of France. His early death brought the threats closer to home with several assassination attempts made against Elizabeth in hopes of making Mary Queen of England as well as Scotland. When Mary took refuge in England, Elizabeth had her imprisoned in Fotheringhay Castle, keeping the threat at bay for nineteen years. From her imprisonment, Mary encouraged rebellion and was implicated in the Babington Plot against Elizabeth’s life and was consequently beheaded.

In her later years, Elizabeth faced riots at home due to food shortages and rebellion in Ireland. The latter gave armed troops to a court favorite, Robert Devereaux, 2nd Earl of Essex (b. 1565). His troops did not suppress the Irish rebellion but instead supported his own against Elizabeth. He was beheaded for treason in 1601. Elizabeth I’s long reign fostered England’s economic growth, military strength, and, most importantly, artistic and literary immortality. To the end of her life, she refused to soothe her nation’s fears against her own mortality by marrying and then bearing an heir. She wedded herself to England and her subjects.

Her writing reflects the emotional weight of the political challenges she faced as a female and as a sovereign—as a woman, who was both an individual and a symbol, who always had too much to lose. She wrote in many forms, including speeches for state occasions, translations, and poems. In her poems, we hear her voice—poignant and strong, emotional and moral—and can appreciate her complexity.

The doubt of future foes exiles my present joy,

And wit me warns to shun such snares as threatens mine annoy.

Which should not be, if reason ruled or wisdom weaved the web.

But clouds of toys untried do cloak aspiring minds,

Which turns to rain of late repent, by course of changèd winds.

The top of hope supposed, the root of rue shall be,

And fruitless all their grafted guile, as shortly you shall see.

Their dazzled eyes with pride, which great ambition blinds,

Shall be unsealed by worthy wights whose foresight falsehood finds.

The daughter of debate, that discord aye doth sow,

Shall reap no gain where former rule still peace hath taught to grow.

No foreign banished wight shall anchor in this port:

Our realm brooks no seditious sects--let them elsewhere resort.

My rusty sword through rest shall first his edge employ

To poll their tops who seek such change or gape for future joy.

I grieve and dare not show my discontent,

I love and yet am forced to seem to hate,

I do, yet dare not say I ever meant,

I seem stark mute but inwardly do prate.

I am and not, I freeze and yet am burned,

Since from myself another self I turned.

My care is like my shadow in the sun,

Follows me flying, flies when I pursue it,

Stands and lies by me, doth what I have done.

His too familiar care doth make me rue it.

No means I find to rid him from my breast,

Till by the end of things it be supprest.

Some gentler passion slide into my mind,

For I am soft and made of melting snow;

Or be more cruel, love, and so be kind.

Let me or float or sink, be high or low.

Or let me live with some more sweet content,

Or die and so forget what love ere meant.

We have heard your declaration and perceive your care of our estate. I do assure you there is no prince that loves his subjects better, or whose love can countervail our love. There is no jewel, be it of never so rich a price, which I set before this jewel: I mean your love. For I do esteem it more than any treasure or riches; for that we know how to prize, but love and thanks I count invaluable. And, though God hath raised me high, yet this I count the glory of my Crown, that I have reigned with your loves. This makes me that I do not so much rejoice that God hath made me to be a Queen, as to be a Queen over so thankful a people. Therefore I have cause to wish nothing more than to content the subject and that is a duty which I owe. Neither do I desire to live longer days than I may see your prosperity and that is my only desire. And as I am that person still yet, under God, hath delivered you and so I trust by the almighty power of God that I shall be his instrument to preserve you from every peril, dishonour, shame, tyranny and oppression, partly by means of your intended helps which we take very acceptably because it manifesteth the largeness of your good loves and loyalties unto your sovereign.

Of myself I must say this: I never was any greedy, scraping grasper, nor a strait fast-holding Prince, nor yet a waster. My heart was never set on any worldly goods. What you bestow on me, I will not hoard it up, but receive it to bestow on you again. Therefore render unto them I beseech you Mr Speaker, such thanks as you imagine my heart yieldeth, but my tongue cannot express. Mr Speaker, I would wish you and the rest to stand up for I shall yet trouble you with longer speech. Mr Speaker, you give me thanks but I doubt me I have greater cause to give you thanks, than you me, and I charge you to thank them of the Lower House from me. For had I not received a knowledge from you, I might have fallen into the lapse of an error, only for lack of true information.

Since I was Queen, yet did I never put my pen to any grant, but that upon pretext and semblance made unto me, it was both good and beneficial to the subject in general though a private profit to some of my ancient servants, who had deserved well at my hands. But the contrary being found by experience, I am exceedingly beholden to such subjects as would move the same at first. And I am not so simple to suppose but that there be some of the Lower House whom these grievances never touched. I think they spake out of zeal to their countries and not out of spleen or malevolent affection as being parties grieved. That my grants should be grievous to my people and oppressions to be privileged under colour of our patents, our kingly dignity shall not suffer it. Yea, when I heard it, I could give no rest unto my thoughts until I had reformed it. Shall they, think you, escape unpunished that have oppressed you, and have been respectless of their duty and regardless our honour? No, I assure you, Mr Speaker, were it not more for conscience’ sake than for any glory or increase of love that I desire, these errors, troubles, vexations and oppressions done by these varlets and lewd persons not worthy of the name of subjects should not escape without condign punishment. But I perceive they dealt with me like physicians who, ministering a drug, make it more acceptable by giving it a good aromatical savour, or when they give pills do gild them all over.

I have ever used to set the Last Judgement Day before mine eyes and so to rule as I shall be judged to answer before a higher judge, and now if my kingly bounties have been abused and my grants turned to the hurt of my people contrary to my will and meaning, and if any in authority under me have neglected or perverted what I have committed to them, I hope God will not lay their culps and offenses in my charge. I know the title of a King is a glorious title, but assure yourself that the shining glory of princely authority hath not so dazzled the eyes of our understanding, but that we well know and remember that we also are to yield an account of our actions before the great judge. To be a king and wear a crown is a thing more glorious to them that see it than it is pleasant to them that bear it. For myself I was never so much enticed with the glorious name of a King or royal authority of a Queen as delighted that God hath made me his instrument to maintain his truth and glory and to defend his kingdom as I said from peril, dishonour, tyranny and oppression. There will never Queen sit in my seat with more zeal to my country, care to my subjects and that will sooner with willingness venture her life for your good and safety than myself. For it is my desire to live nor reign no longer than my life and reign shall be for your good. And though you have had, and may have, many princes more mighty and wise sitting in this seat, yet you never had nor shall have, any that will be more careful and loving.

For I, oh Lord, what am I, whom practices and perils past should not fear? Or what can I do? That I should speak for any glory, God forbid. And I pray to you Mr Comptroller, Mr Secretary and you of my Council, that before these gentlemen go into their countries, you bring them all to kiss my hand.