As we have seen, music in Western culture is part of a rich tradition beginning with the Greeks, developing through the music of the church, and eventually resulting in the music we hear today. But have you ever considered what music is like in non-Western cultures? As with Western music, the various cultures across the globe have their own traditions, musical styles, practices, and rules that are often vastly different from the music many Americans are used to.

The following is a sample of many different music styles from all over the world. This review will be a very cursory introduction to only a handful of the thousands of musical styles that exist across the globe with which you may not be familiar. Bear in mind that many of these musical traditions date back hundreds, and sometimes thousands, of years and deserve further exploration outside of the context of this textbook. Beyond these examples, much more music is available to you through YouTube. In this review, we will primarily focus on the musical elements of melody, rhythm, instrumentation, and harmony, and describe the processes that different societies use to combine these elements.

Throughout history, certain cultures have had more opportunity to develop music than others. Often, the effort required to hunt, gather, or raise food has been all encompassing and has left little time for leisure or artistic pursuits. Therefore, music was only performed when the people thought it was necessary or important. Like many other cultures, traditional Native American music was normally performed as a part of important rituals meant to ask specific deities for various benefits, such as increased health, successful hunting, success in war, or rain; or to contact the spirit world for other reasons.

Most traditional Native American music was vocal music. It was used to tell a story, express a wish, or to describe an emotional state, and it was almost always accompanied with percussion. The percussion instruments used were normally drums made of stretched animal skins, rattles, and, later, metallic bells. Vertical flutes and panpipes were sometimes used to accompany love songs. These songs had a small range with a few different pitches and were quite often based on the pentatonic scale, a fivenote scale used in many different cultures. Most Native American music was not harmonized and did not have any form of harmonic accompaniment. 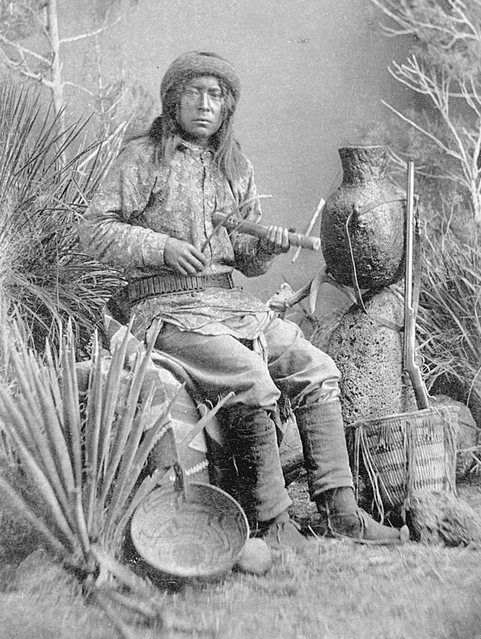 Listen to the Native American music linked below. Listen for the drums and the limited range of the voices and their use of the pentatonic scale.

Tejano or TexMex music is a blend of Central American and European influences. TexMex specifically refers to the music that grew out of both Mexico and Texas. It is dance oriented and uses European scales and chords. Instruments often include upright bass, drums, guitar, accordion, and solo vocal.

The following example is based on the Western European dance called the waltz. It is in three-quarter time, with the emphasis on beat one. Listen for the ukulele, trumpet, drums, guitar, vocal harmony, and the trombone.

Cajun Zydeco is another form of American folk music that grew from European roots. This style was developed by Cajuns, the descendants of Acadian immigrants (French speakers from Acadia), who settled in the swamps of Southwest Louisiana, later to be called Acadiana. Almost all Zydeco music is vocal and is almost always designed for dancing. Instruments were traditionally acoustic since electricity is not easy to come by in Acadiana! Instruments include upright bass (later the electric bass), drums, accordion, fiddle, guitar, and solo vocal. The words are almost always in French, the language of the Cajun settlers. 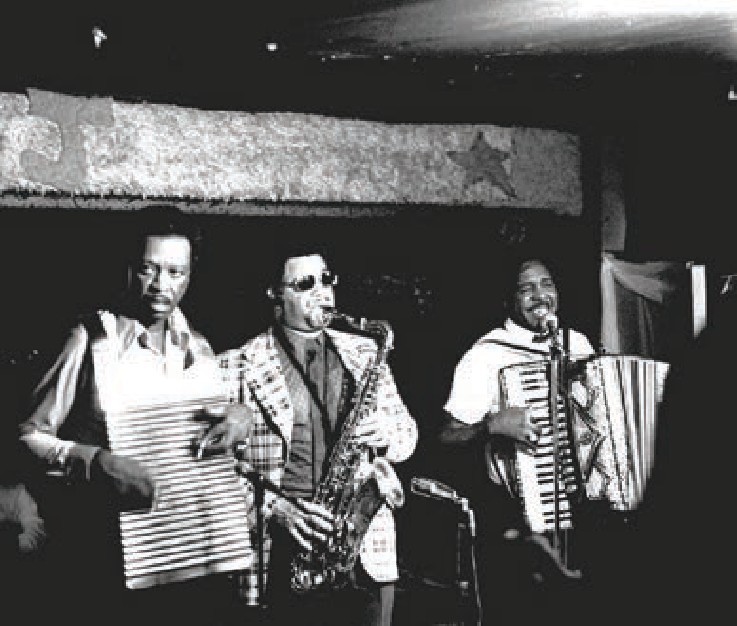 Figure A.2 | Clifton Chenier on accordion, brother Cleveland on washboard and John Hart on tenor saxophone

Much of European folk music is largely built around song forms that are tied together by the lyrics of the songs. In the following example of folk music from France you may notice that the scales and instruments sound a little like those of our modern American folk music (except for the language). The development and use of major and minor scales is what gives our Western European music its distinctive sound.

A.4.2 Celtic (Ancient Scotland, Ireland, and a small portion of France)

The Celts refers to a diverse group of people who lived during the Iron Ages in what is now Great Britain and Western Europe. In addition to speaking Celtic languages, these people shared a common musical heritage, one that is still used by their descendants. Celtic music is often recognized by its instrumentation, which combines bagpipes, various stringed instruments, and drums. Celtic music also has a distinctive melodic style, with wide leaps that outline the harmonies of the song, creating a feeling of jubilance. This Celtic example is a modern version of a traditional dance song. However, once you get past 0:50 on the counter, it becomes much more traditional with flute and bodhrans (stretched skin drums.) 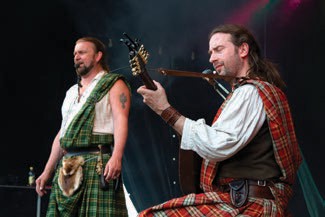 Many modern performance groups focus on music from the Celtic tradition, as can be heard in the example below.

Norway has a centuries-long history of vocal and instrumental music. Indeed, many of their folk ballads and songs date back to the Middle Ages; often, they describe the dramatic tales of historical figures from that period. The Norwegian folk music linked below is one such Norwegian ballad of the Middle Ages era. It uses European sounding scales as well as several wind instruments. 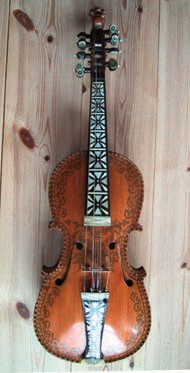 Figure A.4 | A Hardanger fiddle made by Knut Gunnarsson Helland

Russian folk music uses what we would call the modern minor scale. Listen to how distinctive this Russian folk music sounds as its slow introduction gradually gives way to faster and faster verses, until it reaches a very fast and exciting dance-like conclusion. 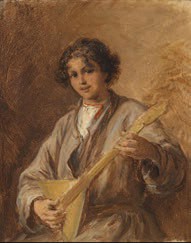 Figure A.5 | Russian Boy with Balalaika

The region of Southeastern Europe that includes Hungary, Romania, Macedonia, Turkey, and several other countries, is called the Balkans. This region has a rich musical heritage with many fast, exciting, dance-like songs using accordion and clarinet. Balkan music is unique in that it incorporates complex rhythms that we do not often hear in Western music. 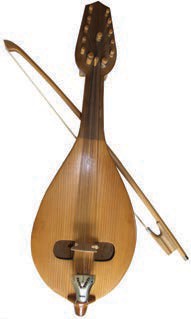 Indian classical music is almost always performed in small groups. Indian musicians do not use scales and harmony like we do in our Western music. Their music includes improvisation and is based on rhythmic melodic patterns. The example here is a traditional improvised Indian piece that employs the stringed sitar and the tabla drum. 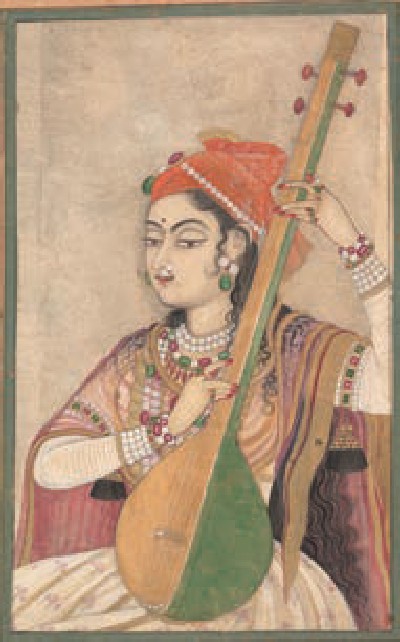 Figure A.7 | A Lady Playing the Tanpura

The melodic patterns Indian music uses are called raga, which are more of a shape than a scale. The rhythmic patterns are called tala, which are established patterns that repeat over and over. Often the raga and tala don’t line up exactly, so there never seem to be any repeated sections. Indian musicians use a large stringed instrument called a sitar, and stretched skin drums called tabla.

Like Indian music, Japanese music is also performed in small groups and uses pentatonic scales, but that is where the similarities end. Japanese folk music is not improvised. Rather, it is composed and is almost always built around lyrics that are either borrowed from poetry or composed for the specific song. The music is made up of regular rhythms, but there is no intentional harmony as in Western music. Japanese musicians pride themselves on memorizing each composition and then performing it exactly the same way every time. They use a large thirteen string instrument called a koto, and an end blown flute called a shakuhachi.

Listen for the koto and the shakuhachi in the traditional Japanese selection below. 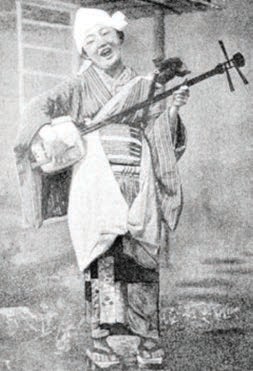 Japanese Music – Tsuki no shizuku (Played on Koto and Shakuhachi)

At first glance, Chinese Opera is not that different than Italian Opera in that it is a musical drama incorporating costumes, song, and dance. However, a closer examination reveals that the music of Chinese Opera differs greatly from Western opera. Chinese Opera singing style often involves singing melodies derived from the pentatonic scale. Also, Chinese singers can be heard sliding between notes of the melody, giving the music a “slippery” quality that is unique to Eastern Music. Give this piece a listen, and you will hear this quality! 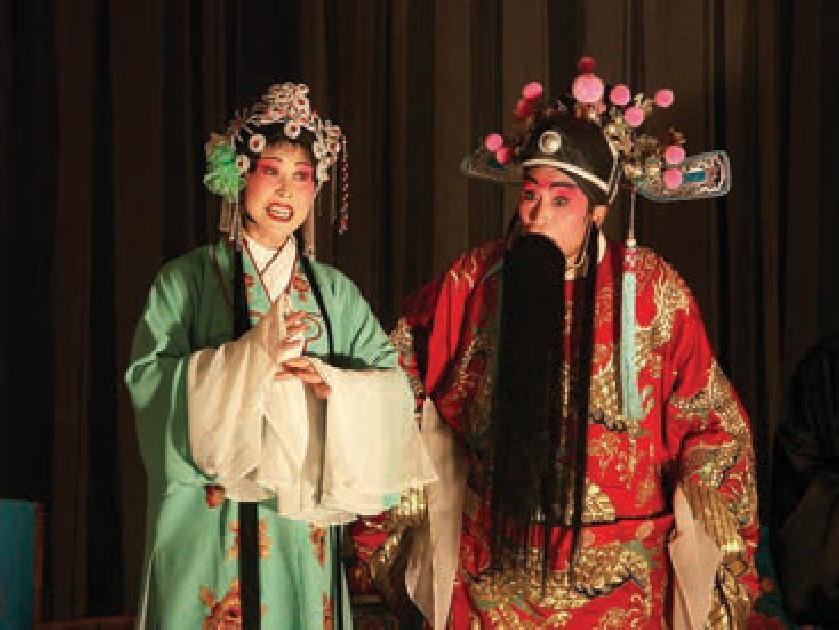 Figure A.9 | Sichuan Opera in Chengdu

When we think of a gong, we often envision a large brass thing that looks like a giant cymbal. True, gongs come in many different sizes and can actually be used to play melodies but this often envisioned image is one variant of a gong named tamtam. In Indonesia, gongs have been used in traditional music for centuries. The following video shows musicians using many different sized gongs while performing Indonesian music. 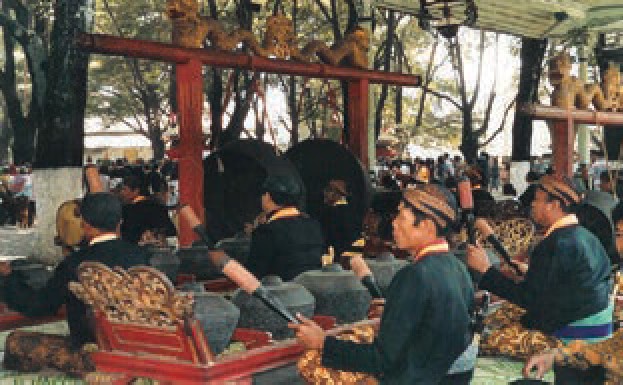 Folk music in many parts of South America is similar to folk music of Native Americans as well as folk music from parts of Africa. Stretched skin drums, wooden flutes, rattles, pentatonic sounding scales, and vocal music are all popular in this region. The first example is a modern performance of traditional Aztec music and the second is a modern adaptation a traditional Inca song Compare and contrast the similarities and differences of the pieces.

Numerous cultures currently thrive in the Caribbean. One of the more popular styles of music in the Caribbean is called Reggae and is from the island of Jamaica. The following example by Bob Marley combines American electronic instruments with the distinctive reggae beat, which involves the guitar playing staccato chords of the off beats of each measure. 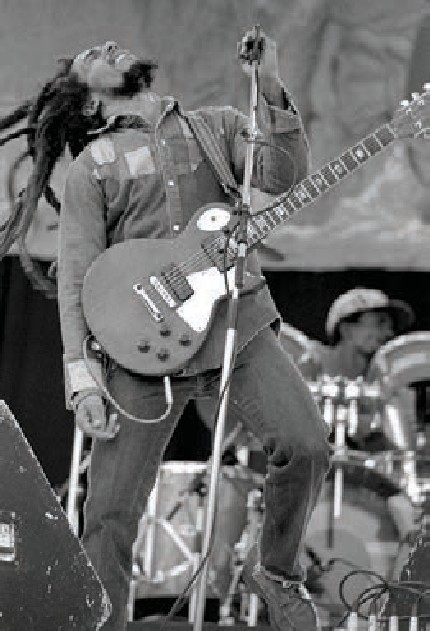 Reggae Music - Get Up, Stand Up - Bob Marley

The mbira is an integral part of the folk music of Zimbabwe. It is a common small keyboard type instrument that is played by the performers’ thumbs. Its metal reeds are tuned to different pitches, and it is usually used to accompany vocalists. 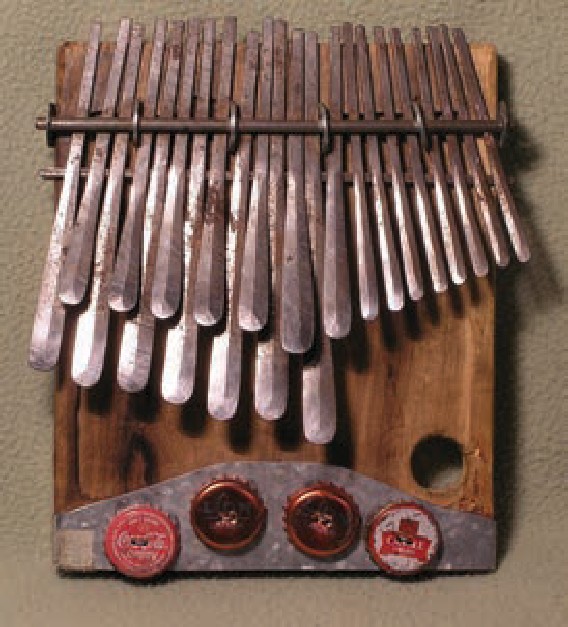 Senegal is a country located on the far coast of West Africa. In Senegal, the traditional stretched skin drum is called the djembe. By way of contrast, modern Senegalese music shows an American influence; synthesizer sounds, drum set, and electric bass and guitar are often used. 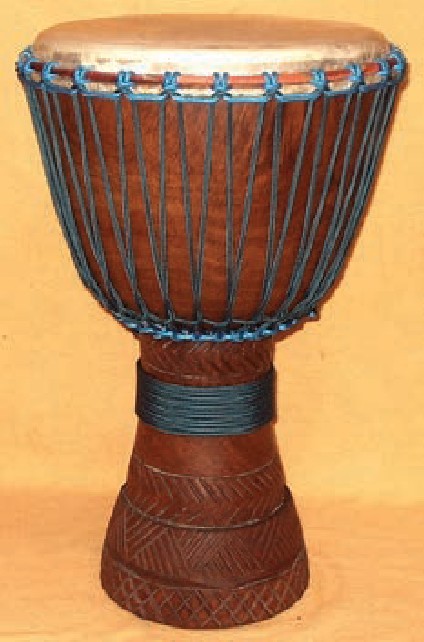 Cajun Zydeco – American folk music developed by Cajuns, the descendants of Acadian immigrants (French speakers from Acadia), who settled in the swamps of Southwest Louisiana.

Celts – a term referring to a diverse group of people who lived during the Iron Ages in what is now Great Britain and Western Europe.

Djembe – a hand drum used in the music of West Africa