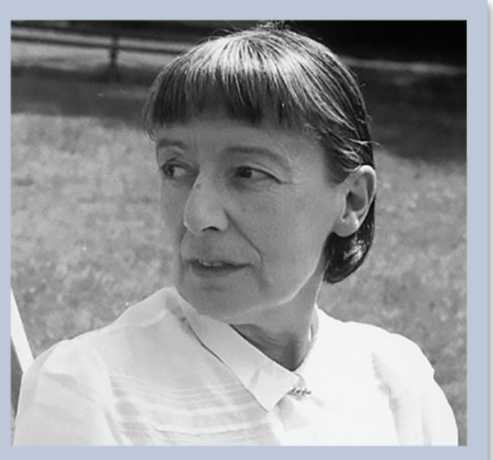 Florence Margaret Smith’s father abandoned his wife and two daughters. Her mother turned to her sister, Smith’s Aunt Maggie, for financial and emotional support. Smith lived her entire life in the home that her aunt Maggie provided in Palmer’s Green, a suburb north of London. After Smith’s mother died and her sister moved to Suffolk, Smith and Aunt Maggie continued on together. Smith attended London Collegiate to receive secretarial training. She then worked for thirty years as a secretary for the publishing firm C. Arthur Pearson while also writing poetry.

In 1935, she published several of her poems in the New Statesman. At the encouragement of Ian Parsons, a partner of Chatto and Windus, Smith wrote a novel. Novel on Yellow Paper: Or, Work It Out for Yourself (1936) was published by Jonathan Cape to much acclaim, with Smith’s writing viewed as modernist, experimental, and witty. She published its sequel, Over the Frontier, in 1938, and two collections of poetry before publishing her most famous work Not Waving but Drowning (1958).

This collection’s different voices and yet unique voice, emotional extremes, linguistic facility, and voiced detachment and solitude reflect to some extent her personal life. Four years before its publication, she attempted to commit suicide. After its publication, she gave public readings to a growing audience. She received the Cholomondeloy Prize for Poetry (1966) and the Queen’s Gold Medal for Poetry (1967). However, from 1962 to 1967 she became her beloved aunt’s caregiver, a situation that enforced greater and greater isolation upon Smith. She died in 1971 after a prolonged illness.

Besides novels and poetry, Smith wrote short stories, essays, book reviews, and a radio play. She also published a book of captioned drawings, Some Are More Human than Others: Sketchbook by Stevie Smith (1958). Smith’s work is characterized by its strong autobiographical elements; its experimental use of forms; its adroit use of rhythm; its tight yet almost conversational tone; its dramatic tension between release and restraint, detachment and engagement, and other such binaries; and its touching on themes of death, sexuality, and literary structuralism.

3.10.6 "Thoughts about the Person from Porlock"